What is groundhog day? 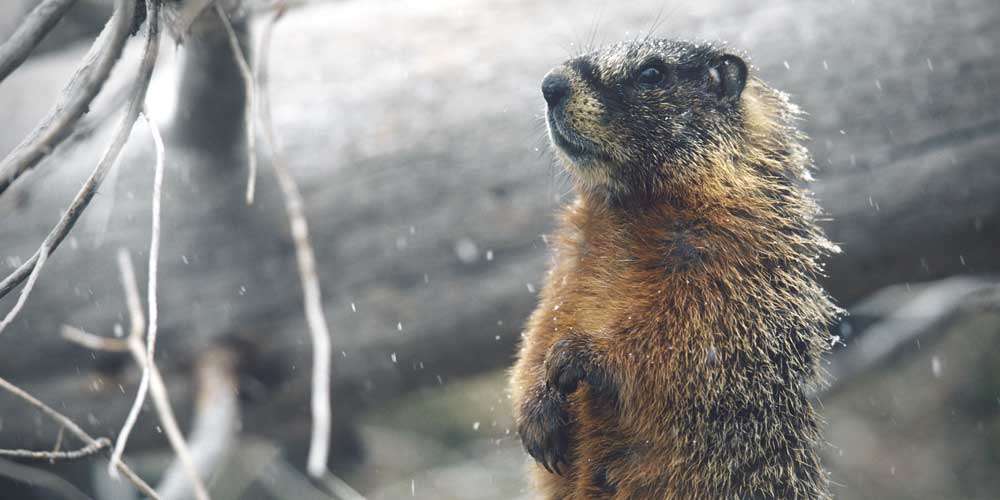 Groundhog day is celebrated in Canada every year, on the 2nd of February. On that day, groundhogs make the headlines and become real stars!

The tradition is the following: on that specific day, when a groundhog emerges from its state of hibernation, it gets out of its hole. If the sky is cloudy, it won't see its shadow, which means winter will soon come to an end. If the sky is clear, however, it will be scared when it sees its shadow. It will therefore go back into its hole, which means that winter will unfortunately last six more weeks.

This tradition has more to do with folklore than science. In Canada, Sam the groundhog is the first to make its prediction in Nova Scotia. Then, Willie in Ontario, Wyn in Winnipeg and Fred in Québec make theirs. Often, groundhogs can't come to a consensus. As seeing their shadow or not depends on the weather outside their hole, each set in a different location, it is easy to understand that predictions vary.

The most famous groundhog is Phil, from Punxsutawney, Pennsylvania, and that is because of the American movie Groundhog Day, released in 1993. It is mentioned that Phil is immortal as it was born in the 19th century. It is believed that its immortality has to do with the fact it is fed and taken care of by a group of men dressed in black and wearing top hats.

Where does the tradition come from?

The animal used on that day varies from one region to another, and it can be a hedgehog, a bear or a wolf as much as an otter or a groundhog.

The tradition has travelled across the Atlantic with settlers. For them, it was important to know whether the cold season was going to last much longer, because food supplies would run short towards the end of winter. They hoped spring would arrive early so they could start seeding and harvesting. So they took to observing the end of groundhogs' hibernation phase. In Canada, winter conditions differ greatly from those in Europe. Indeed, groundhogs rarely awake by themselves in February, as there is still too much snow covering their holes.

How do ultrasonic devices work on mice and rats?
Mice control: How to identify them, prevent them and act
How to close and protect the cottage for the winter
How to tell a field mouse from a house mouse
The secret life of mice
Keeping unwanted animals away from the house
Watch for the presence of those insects in your home this winter
Do skunks hibernate in the winter?