How to get rid of Colorado potato beetle 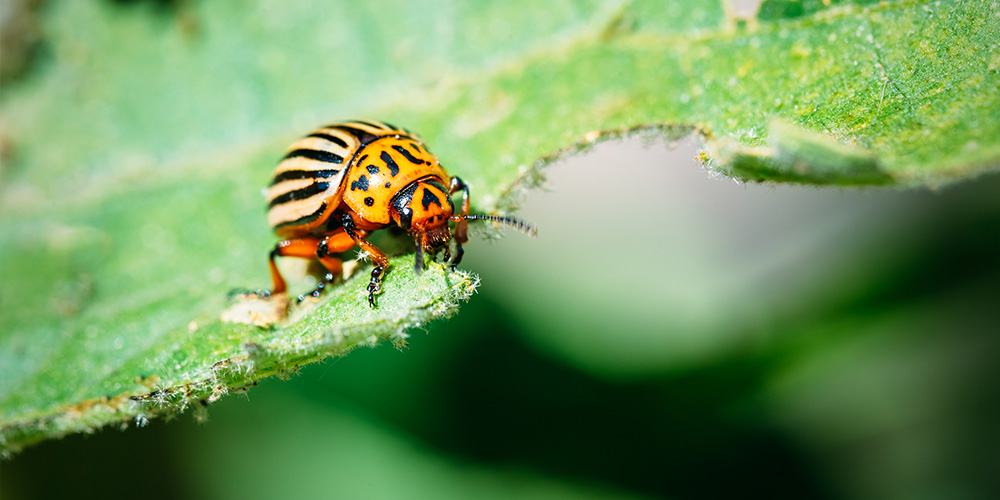 Adult potato beetles are orange with 10 black stripes on their backs. Their larvae are red to orange with two rows of black dots along their sides. Look for orange to yellow eggs on the underside of leaves, generally in groups of 30.

Both adult and larvae feed on foliage, creating irregular holes on leaves, stems, and occasionally fruit. Susceptible plants are potatoes, peppers, tomatoes, eggplant, tobacco and petunias, often causing the leaves from the entire plant to fall off.

Hand picking them off early in the season will greatly reduce their numbers, but include dusting the plant and soil with Green Earth® Slug & Bug Insect Killer Dust to control them when you’re not there.

Tips to prevent and control

Laying newspapers or landscape fabric below the plants as well as a floating row cover can help prevent them from emerging and attacking, or even reaching the plant.

They have shown a resistance to almost all pesticides but you may still get some control by alternating applications with Wilson 50% Malathion Insecticide/Miticide Concentrate, or Wilson Ambush Tree & Garden Insect Killer Concentrate.