Where to buy
Insect control

How to Make the Difference between Bees, Bumblebees, Wasps and Hornets

Bees, bumblebees, wasps and hornets are part of the same family: the hymenoptera. It is sometimes difficult to tell them apart.

You'd like to know how to make the difference? Here are a few characteristics about their morphology, diet and behaviour. 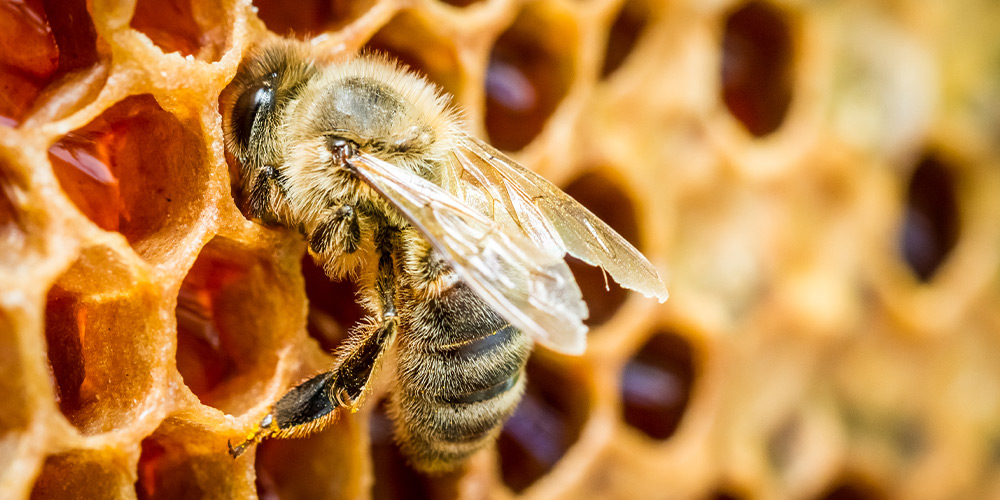 Bees are definitely the most beloved. They are essential to our planet's ecosystems and our survival. Bees are easy to recognize with their hairy body and brownish or golden colours. Their colours are not as bright as those of wasps or hornets.

They mainly feed on pollen and nectar, which they use to make honey and feed the colony. The nest is made of wax with a honeycomb-shaped structure.

The most famous are honeybees. They are only aggressive when they must defend their nest or when they feel attacked. If they sting, they lose their dart and die. They spend all their energy ensuring the well-being of the community. 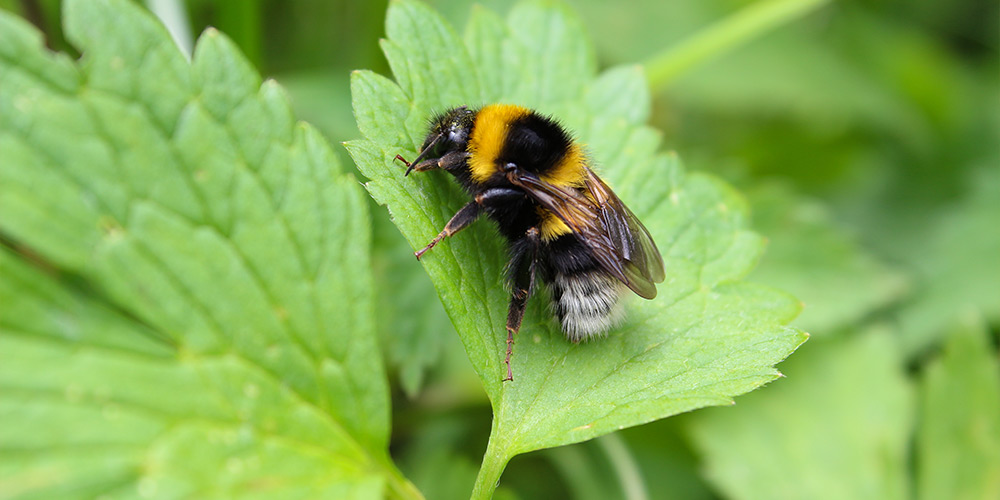 Garden bumblebees are big, sturdy and hairy. They can easily be recognized by their size (about 22 mm) and the sound they make when flying. They have yellow and black stripes and resemble honeybees a lot.

This insect feeds on pollen and nectar, like bees. It will make up its home in already existing holes, such as deserted burrows or empty spaces in walls.

Bumblebees play an important role as pollinators. Only females have a stinger and they use it when they feel attacked. Unlike bees, bumblebees can sting several times to defend themselves. Their social life is also important, but the colony is smaller. 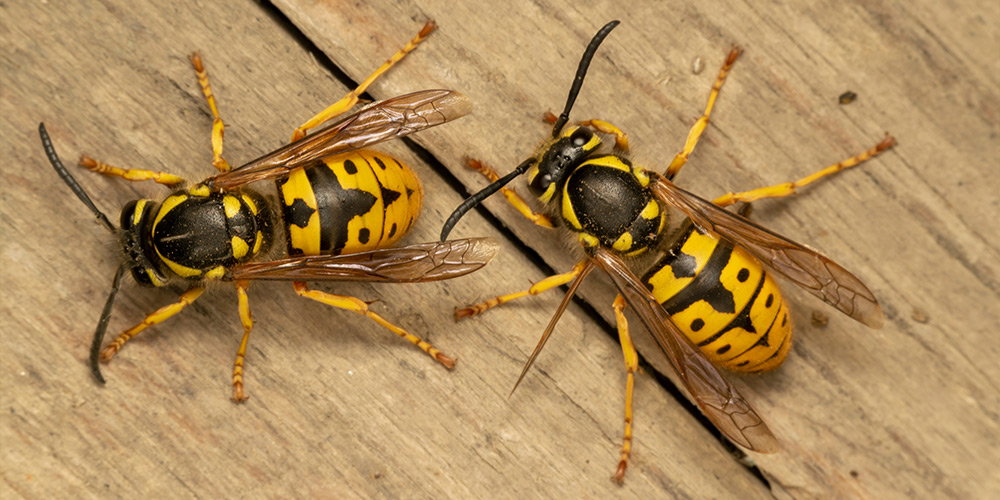 In the hymenoptera family, wasps are among the most feared. They measure between 11 and 18 mm and their body has no hairs. They have unmistakable bright yellow and black stripes and can also be recognized by the distinct separation between their abdomen and thorax.

Wasps are carnivorous: they feed on smaller insects, detritus and sweet products. Their nest is made with wood barks mixed with saliva. You can recognize it by its greyish paper-like appaerance. Nests are usually located in shelters or protected spots, such as trees or attics.

Wasps are fearsome hunters and fast flyers. They defend their nest fiercely and won't hesitate to sting several times. They are attracted by the foods we eat, which explains why they often tend to be close by. 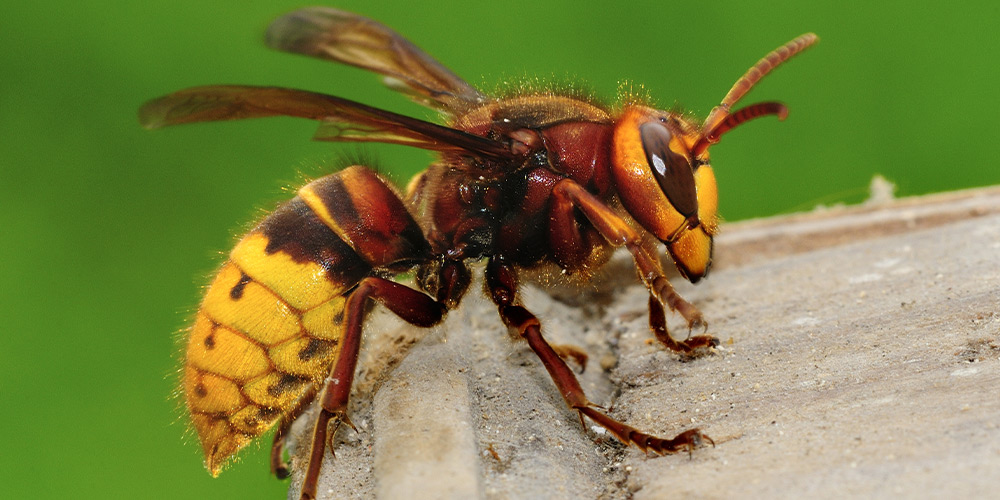 Hornets are part of the same family as wasps, but they are three times bigger. Some can even reach lengths between 35 and 40 mm. The shape of a hornet's body is the same as a wasp's, but it's hairier. Hornets are very noisy when they fly.

As hornets mainly feed on small insects and fruits, they don't approach humans as much. Like wasps, their nest looks like a big ball of old greyish paper.

By nature, hornets aren't aggressive. They only sting when they feel threatened. A hornet's sting is more painful because its dart is bigger and penetrates deeper under the skin.

It's important not to confuse hornets with the Asian hornet (giant hornet or Vespa mandarinia). Asian hornets contribute to destroying our ecosystems by feeding on bees and their honey. Smaller than hornets, they can be recognized by their yellow legs.